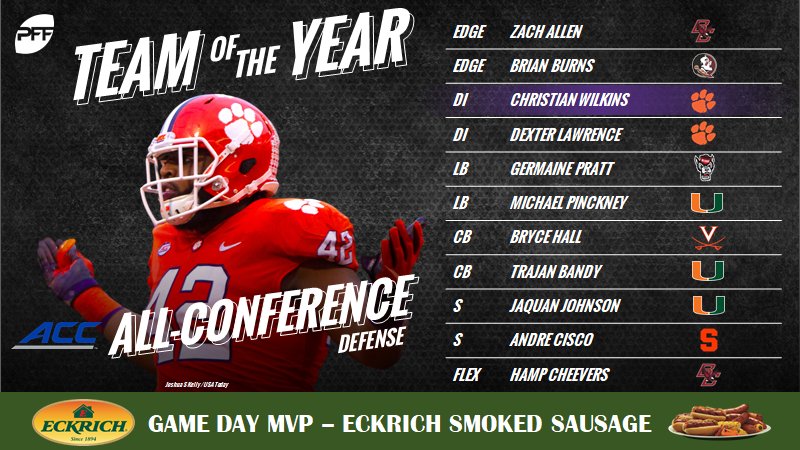 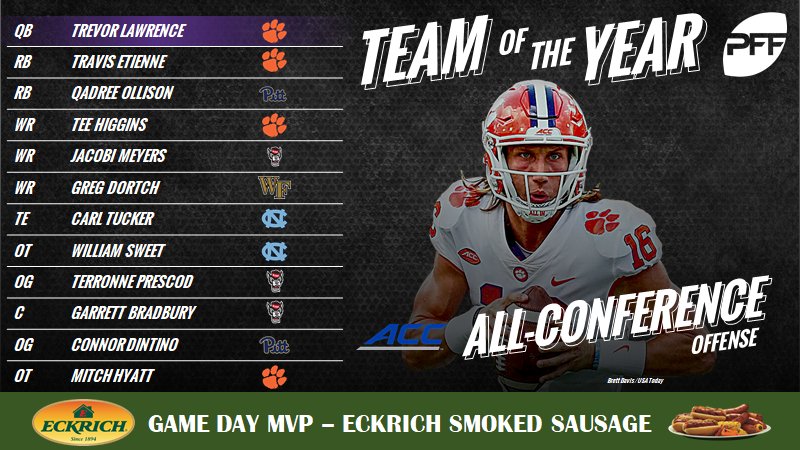 Meyers dominated with Finley tossing him passes, maybe not on the touchdown sheet, but seemingly everywhere else. He finished tied for the lead with 89 receptions, second with 44 first-down receptions and third with 1,029 yards.

Prescod finished the 2018 regular season with the highest overall grade (85.7) among all offensive linemen as he allowed just six hurries on 342 pass-blocking snaps. His 86.2 run-blocking grade was 4.1 points higher than the next closest offensive lineman.

Bradbury finished with the conference’s second-highest run-blocking grade of all linemen at 82.1 while also impressing in pass protection. On 496 pass-blocking snaps, he allowed just 11 pressures.

Pratt was solid all over the field for the Wolfpack this season, showing serious skill when blitzing the passer. He led all ACC linebackers with 26 QB pressures despite just 79 pass-rushes. Pratt also missed just four tackles on 92 attempts.

NC State is the Only Unranked 9-Win Power 5 School