It was announced on Friday that the NC State Men’s Basketball team will open the 2019-20 season against Georgia Tech on November 5th.

As you can see below, all of the ACC teams will face off against one another in their season openers next year (except Duke) to kickoff the launch of the new ACC Network, and the beginning of a 20-game conference slate. 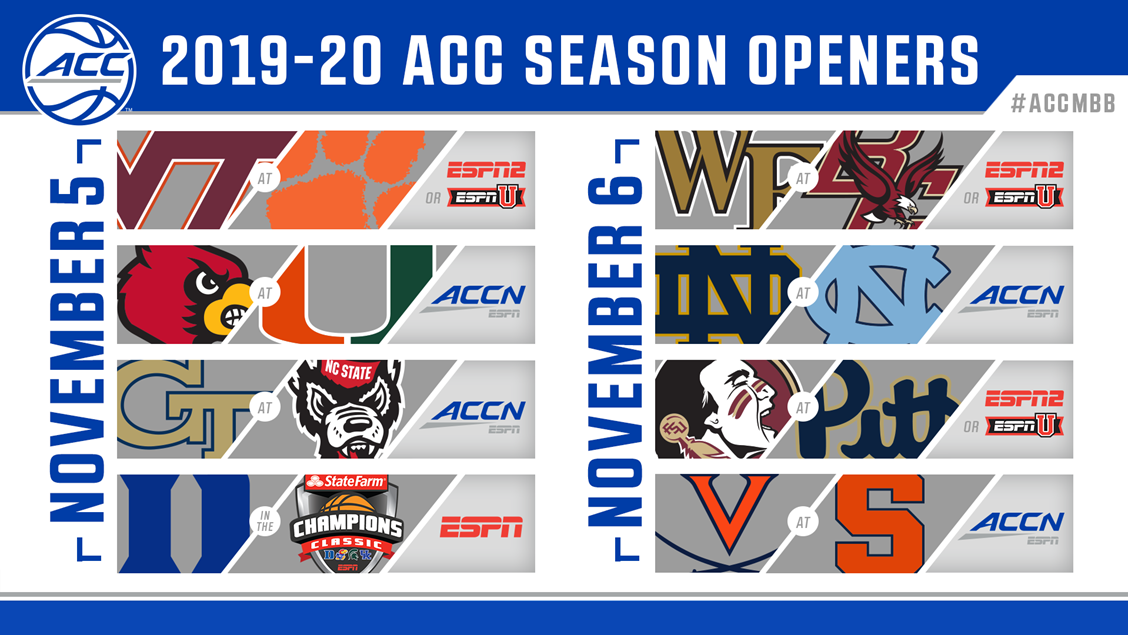 The last time the Wolfpack kicked off a basketball season with an ACC opponent was in 1979-80, when the Big Four Tournament still existed. NC State opened that year against the UNC (97-84, L), and beat Wake Forest 70-65 the next day.

In fact, this will mark only the 5th time in the history of the ACC (1953) that NC State has started a season against a conference opponent