Governor Cooper announced yesterday that he would allow stadiums in North Carolina to have events at 7% capacity beginning on October 2nd.

This means that when NC State hosts Duke on October 17th, a little over 4,000 fans would be permitted to attend the game in Carter-Finley Stadium. 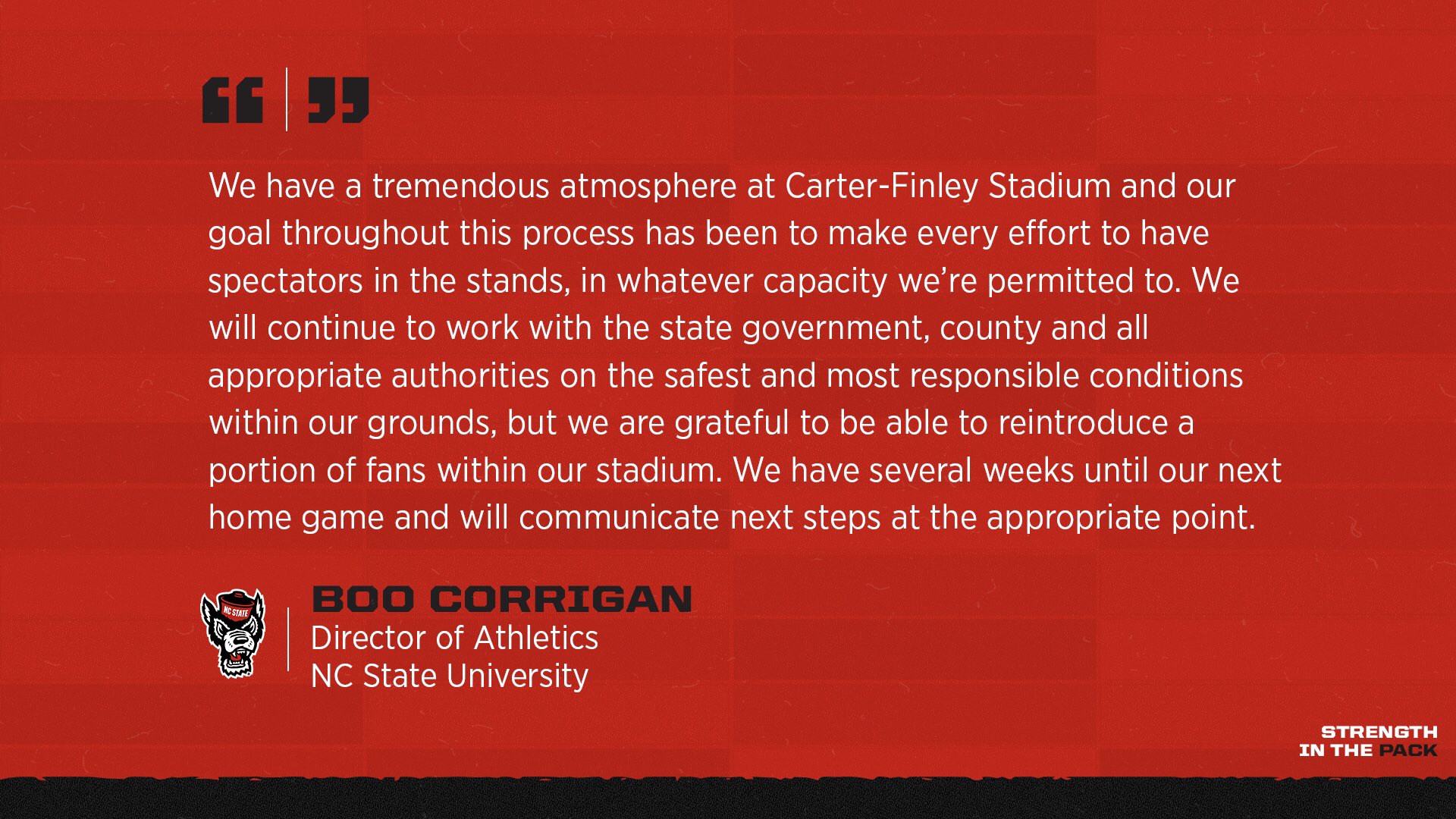 “The 7% capacity leaves plenty of room for social distancing, but not just that,” Cooper said. “We think it’s really important for these arenas to have separate entrances, to not have places where people can congregate to make sure that only families or people who live in the same household sit together.” (N&O)

For the Wolfpack’s first game this past Saturday against Wake Forest, Cooper permitted 350 tickets to be allowed for parents of players, and NC State gave 100 of those to the parents of Demon Deacon players.