Yesterday UNC Women’s Basketball Coach Courtney Banghart was asked on a podcast, who she liked beating the most, Duke or NC State.

Her response: “That’s like asking me who I hate less.”

She then followed that up by saying “NC State fans are so classless…I just don’t even like going there.”

Tell us how you feel Coach.

Banghart went on to say that she has more respect for Duke, but likes beating them because they are more “relevant.”

Fan goals…rival coach thinks you’re mean to her and her team…check.

And she doesn’t like playing at NC State’s small gym because the fans are “just mean to us.” 🤣🤣 pic.twitter.com/GbyVZJZAD3

As the day went on, that portion of the podcast was removed, and Banghart issued an apology. 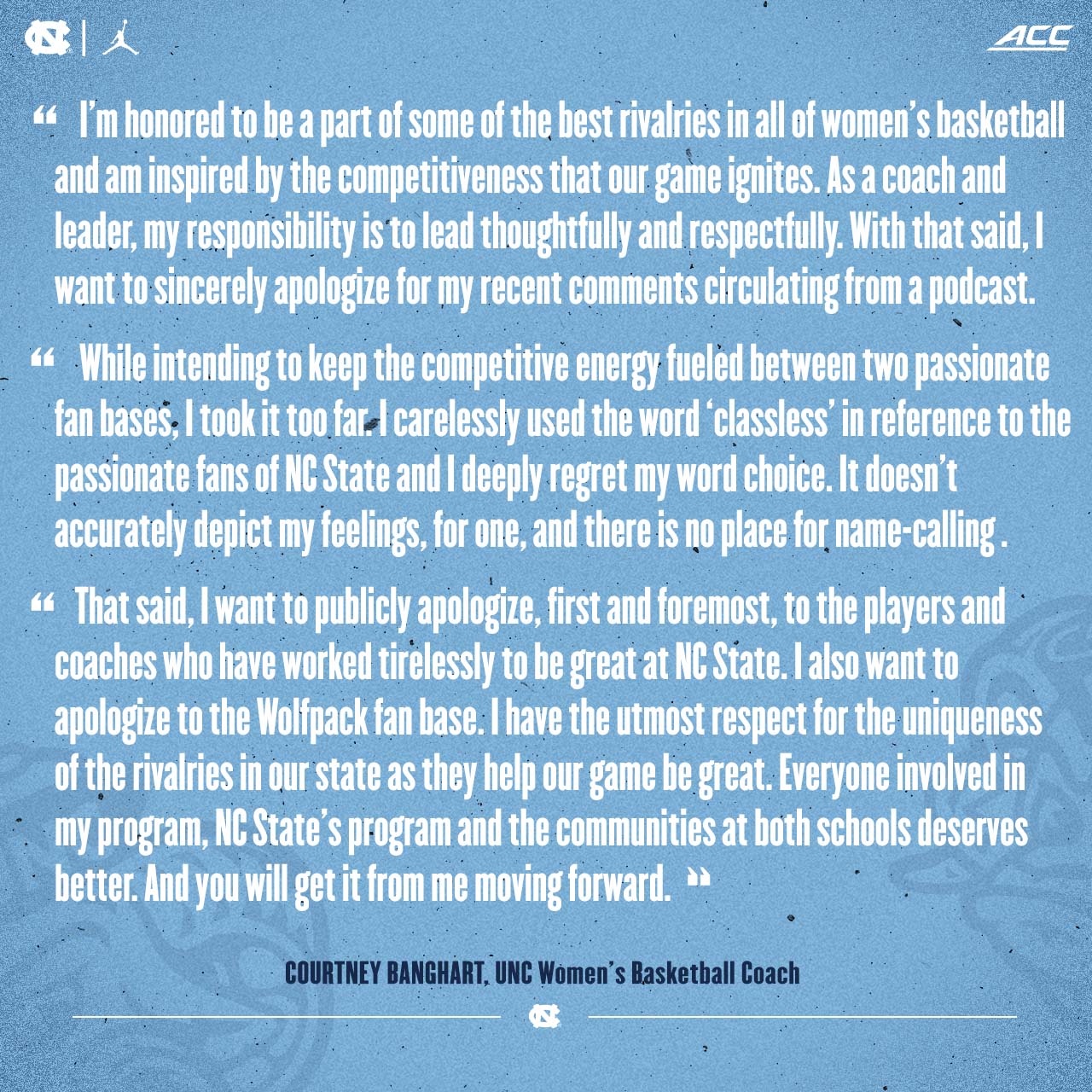 I find it hilarious when someone calls a fanbase classless, and they think in doing so they maintain their class.

I’m sure all of the classless Wolfpack fans look forward to greeting you and your squad into our “small gym”, to play an “irrelevant” rival who has won three straight ACC Championships.