RALEIGH – No. 11 NC State baseball (2-0) opened its 2021 season on Sunday with a doubleheader sweep over Davidson (1-2) at Doak Field at Dail Park. Thanks to a 10-run fifth inning in game one, the Wolfpack earned a 13-3 win. The nightcap was a back-and-forth contest with five lead changes, but NC State came out on top with a 6-4 victory.

Its win in game one marked the fifth time in six years that the Pack has clinched a victory in its season opener. Additionally, NC State has won the last 11 meetings with Davidson in the all-time series.

-Austin Murr put his team on the board in the first inning, as he scored the Pack’s first run of the year on a 6-4-3 double play with the bases-loaded.

-Murr then drove in a run of his own in the second inning with an RBI single to center field, scoring Terrell Tatum after his infield single and a Noah Soles walk put him in scoring position.

-Alex Fedje-Johnson’s solo shot over the left field wall in the third inning and RBI single in the fifth inning tied things up for the Wildcats.

-The Pack responded in the bottom of the fifth with 10 runs on nine hits, taking a commanding 12-2 lead.

-Parker Nolan cut into Davidson’s deficit in the sixth when he went yard to left center to start the frame.

-Jonny Butler tallied the Pack’s first homer of the year with a one-out home run to right field in the seventh.

OF NOTE (GAME ONE)

-Reid Johnston picked up the win on the mound with 3.1 innings of work in relief.

-Five players turned in a multi-hit performance, led by Devonte Brown and J.T. Jarrett’s 3-for-5 outings. In total, the team recorded 17 hits in game one.

-Brown, Murr and Tatum tallied two RBI’s a piece, accounting for six of the 11 in the game.

-After three scoreless innings, Luca Tresh put the Pack on the board with a leadoff home run in the fourth inning.

-Davidson’s Trevor Candelaria belted a two-run home run in the fifth inning to give his team its first lead of the game.

-NC State knotted the score at 2-2 in the bottom of the fifth, as Jarrett led off with a single through the left side, stole second, then scored on Vojtech Mensik’s one-out single up the middle.

-In the sixth, Butler and Brown laced back-to-back outfield singles to get the offense going, then after Brown stole second, a wild pitch brought Butler home to allow the Pack to regain its lead.

-The Wildcats took a 4-3 advantage in the seventh thanks to a two-out double by Candelaria and single by John Hosmer.

-NC State answered in the bottom frame with three runs thanks to back-to-back RBI doubles by Murr and Tyler McDonough and an RBI fielder’s choice by Butler.

-Sam Highfill earned his first collegiate start on the mound in game two, going five complete innings and fanning seven. He was one shy of matching his career high of eight strikeouts.

-Kent Klyman, who was recently named to the NCBWA Stopper of the Year Preseason Watch List, picked up the win as he hurled the final 2.1 innings, yielding just one hit and fanning two in his outing. He entered the game in the seventh with the bases loaded and two outs. 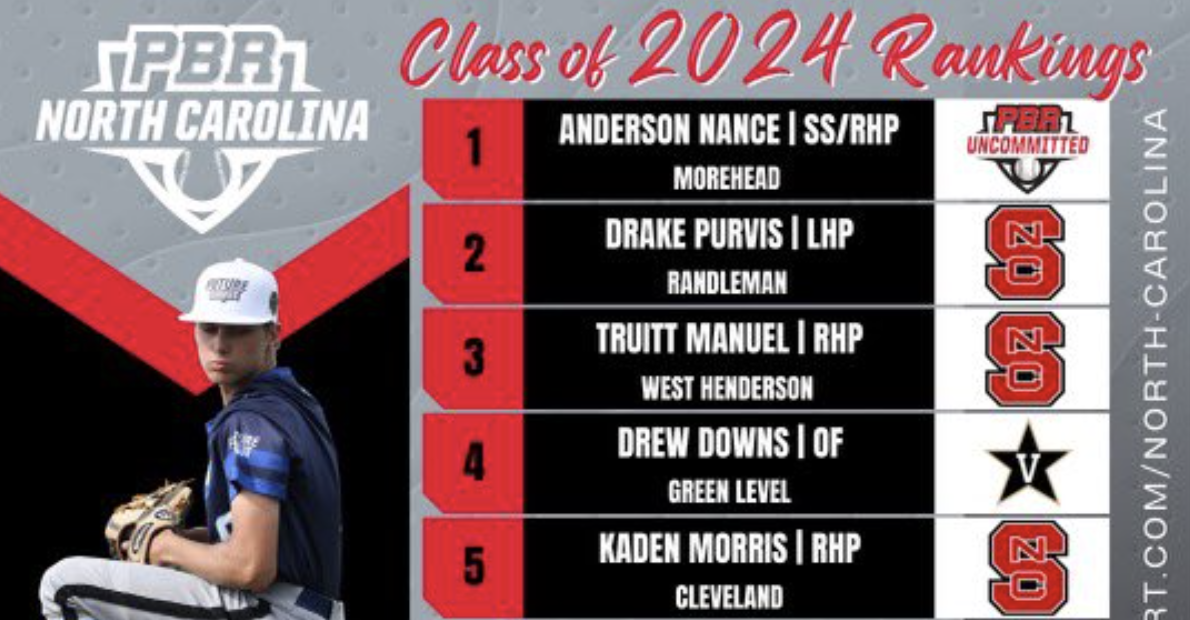