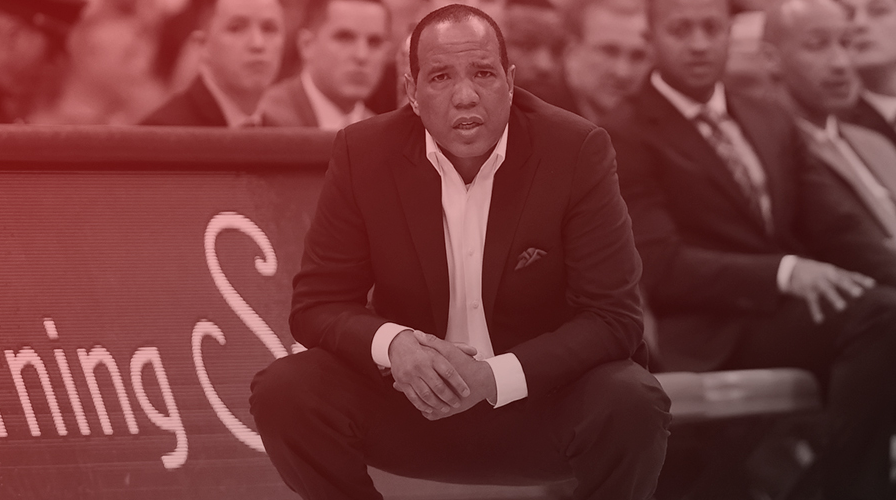 I know a lot of fans are pissed off. It hasn’t been a very rewarding season thus far for us.

First, you lose your best player in Manny Bates, only a minute into the first game.

Then you dominate the #1 team in the nation for 35 minutes, before falling apart and losing in OT.

Next, you lose your first 3 ACC games by a total of 15 points. All close games, all down to the wire.

To compound it, the last loss comes in a game where you played well, led most of the game, and had a chance to tie with 8 seconds left. Then Keatts called a timeout.

When people criticize a coach it’s usually from a high level. Meaning, it’s usually a critique on style, or discipline. It’s hard to ever point to one particular play and blame the coach for a loss since it’s the player who is actually out there playing the game. But when a coach decides to take a controversial timeout, on a play where a majority of the fans wanted to let them play, with the game riding on a bucket, the coach is putting it on his shoulders alone.

This is what Keatts did, and as we know, it didn’t work out. Now he faces the fallout.

A frustrated fan base, sick of losing, sick of being led on by early leads, and now this? For some, this will feel like the straw that broke the camel’s back. Those who were on the fence about Keatts, may now, for the moment, ready to go in another direction.

If you’ve been following here at PI, you know me. I’m not holding back. I’m not here to write puff-pieces about kids who aren’t pulling their weight because they’re 18 years old. I’m not here to pander to these coaches or spin negatives into positives because I want access. In fact, f*&ck access. It’s 2022, players and coaches take classes on how to deal with media. It’s canned answer after canned answer these days. I was brought on because I know basketball and because I don’t know when to shut my mouth.

But I’m not gonna.

I know a lot of you are reading that and saying ‘Yea, Joey, and this is exactly why we need to move on.’

See, these are problems, but they are all fixable. Bring on a defensive specialist as an assistant and the defense can be fixed. Bring on an X’s and O’s guy and sit him next to you on the sideline.

Sure, some of this is going to have to be Keatts swallowing his pride a little bit and admitting that the style of play he was trying to bring over from UNC-W isn’t exactly taking the ACC by storm, but if he does that, these things can easily be cleaned up.

The reason you stick with Kevin Keatts is that, despite all of those things listed above that he doesn’t do well, there are a group of more important things that he does do well.

We could keep going on this one, but he’s done it all despite the fact that the program has had a cloud hanging over it over since he got here. Every time Keatts has recruited a kid, he had to fight an unwinnable fight. Other coaches would tell kids to steer clear of NC State because they were about to be punished by the NCAA. They would have a postseason ban, or worse. Keatts would reassure them that they wouldn’t but couldn’t promise anything, because honestly, he didn’t know. Hell, he lost Saddiq Bey, a kid who had already committed, because another coach got in his ear about the sanctions. Bey only ended up becoming an elite scorer for Villanova and going on to be drafted 19th overall by the Pistons.

The point is, Keatts has made his mistakes, but he’s also been fighting uphill. He’s caught some bad breaks and he’s had to deal with the possibility of those NCAA sanctions. He bought himself some time by playing the transfer game early on, but now that the NCAA has ruled that the Pack isn’t getting a postseason ban, he can truly start to show what he can do on the recruiting trail.

Aside from all of that, Keatts has intangibles that are too hard to find. You can’t just turn on him now and let him go. The ability to motivate kids, and to have kids trust you and go to war for you every night, in 2022 is something special. Keatts is about as much a disciplinarian as you’re going to find these days. He doesn’t take sh*t. I know that for a fact. He’s hard on his kids and he demands full buy-in and full dedication. So he’s got some on-the-court issues as far as play-calling and strategy. Those are fixable.

Give the guy some time. I know losing is frustrating, but please trust me when I say this. He has the traits of a championship coach. The output you are witnessing in terms of hustle, buy-in, and dedication isn’t by chance. They are products of Kevin Keatts.

I can’t promise you he’s going to succeed. I have no idea. But I do know that the foundation for creating a champion isn’t about X’s and O’s or when you call timeouts. It’s about creating a culture of discipline, commitment, hard work, and loyalty. Keatts has that foundation laid. Will we let him take the time he needs to build the house?

I remember the talk when DD has his down season.

It hard to say it time for a coach to go, however, you are good a pointing out reason for the team to be doing better. So here goes — First, State won 10 Conference Championships the first 33 years of the ACC. We have won none in the past 34. We had a number of All American player in the first 33 years, none since. I’m a 1975 graduate of NC State, I played football for one year in ’71 so I got to be friends with a lot of the players both football and basketball. I can still… Read more »

I agree , I think you mean Les Robinson not Williams. And we don’t know how good of Coach he was really. He got to the tournament the first year with Fire and Ice. So he did good with talent. But He was restricted from recruiting off campus for a year or two. I don’t remember exactly. We supposedly had Stackhouse coming but we see how that went and he never recovered

The Va Tech coach echo’s what KK is saying, https://www.newsobserver.com/sports/college/acc/nc-state/article257007887.html

Can’t read it. Not a subscriber. Which makes me wonder. How many people are subscribing to N&O? Are they doing any reporting you can’t get anywhere else? I have to believe that paywall is really killing site traffic, which really kills ad revenue. They’ve gotta be bleeding out.

Anyways, what did VT coach say?

I don’t subscribe. Sometimes I can see their articles when I ‘open link in private tab’ but now that seems to not work.

I’m one to hold on to Keatts for all of the reason you pointed out. I don’t think one game makes or breaks a coach and frankly, one season for that matter. Just down the road there’s some guy who currently (and perhaps for this season) owns the letter K. Yeah, he’s a pretty big deal. But… do people understand Duke’s fans wanted to let him go? Three subpar years with the following records: 17-13, 10-17, and 11-17, doesn’t scream “Hall of Fame Coach” in the making. What if Duke had let Coach K go? You could almost say the… Read more »

Remember that Rick Pitino thought so much of Keatts he was hoping he would succeed him when the time came for him to retire. He was a key assistant on that NCAAT championship team, he recruited the kid Hancock that won that game.
(of course then Pitino got busted for the insanity at Louisville, but the guy could coach)

AMEN! Totally agree that Keatts deserves some patience from WPN. Totally agree about Keatts making sure his players are in the best physical condition possible. (Lowe was the worst example of getting players in shape.) I want to agree about his recruiting, but have reservations because I can’t help but compare with the blue teams that seem to get top ten players every year. Totally agree about his motivational skills and making his kids practice hard and play hard. One play, one game should not be cause to fire the coach. I am not on the bandwagon. However, the string… Read more »

I agree . But he needs to change what he can control. I understand Bates would make a big difference. Just correct the other things and we as fans can understand. If FLA ST would have hit both free throws and went up by 3 I would have been in agreement with the time out but down 2 all the players should know what to do since they were doing it the whole game anyway.