Here we go, ladies and gentleman. After a miracle comeback versus Notre Dame (breaking a cursed record of 1-13 in Sweet Sixteen games), State takes the next step in their attempt to return to the Final Four for the first time since 1998.

And they couldn’t have been given a rougher path.

On the road, in a virtual home game for UCONN, State is the only top-seed underdog for this entire Tournament.

Keys to a State Victory

On Saturday for the UCONN – Indiana game, the arena was rocking with Husky fans. No doubt the Bridgeport will be 90% Huskies faithful. While IU benefited from fans of the remaining three regional teams, State will be by their lonesome Monday night.

State has to weather the storm and stay focused.

When UCONN smells blood in the water, it could be over fast. IU started rocky and never got fully up to speed. In the second quarter of their last game, State got beat up by Notre Dame 26-14, and frankly, were lucky to be in striking distance at half. That span of offensive struggles mixed with inability to get stops on the other end, CANNOT happen. Especially with thousands of loud navy and red fans in attendance.

Also, there can’t be a let down after breaking the Sweet Sixteen Curse. So much emotion postgame – totally understandable – but they have to be locked back in tonight. The goal wasn’t just to make the Elite Eight.

Get Ready for a Literal Dog Fight

When State struggles, it tends to be against teams that are just ultra physical. Opponents that make things difficult in the paint, means key aspects of the Pack’s offense (inside to Cunane and driving the ball from Jones and Johnson) are nearly nonexistent. UCONN has some major size on their side. They are aggressive on the ball and love to transition in full force. At no point can State be caught standing. Furthermore, there can’t be a reliance on fouls, as we’ve seen beyond inconsistent reffing.

Wolfpack have to find their groove from three to spread the floor. Perez and Johnson were nowhere to be found until late in the first half. The rest of the team NEEDS to be willing to drive and dish. They need to ensure that the ball doesn’t stop. Spread the floor and be ready to absolutely go to war in the paint.

Can’t Stop UCONN Guards, Just Have to Hope to Contain Them

In the fourth quarter, Perez and Crutchfield were incredible on the defensive half of the court. They’ll need every bit of that energy for the full 48 tonight.

While Paige Bueckers hasn’t looked herself this year, coming back from injury, there is plenty of other fire power from the Guard position. With any space, Fudd will nail every three pointer on the planet (44% from three this season, probably 97% in the NCAAT, rough guess). Williams and Ducharme are also going to get their buckets.

If you were sick of announcers talking about ND’s Olivia Mills, buckle up. Two of these guards are going to have a game. Need to do everything to lessen the damage and push hard twos.

In Order to Win…

Believe in this team. Believe in Coach Moore. Slay the Giant. #GoPack 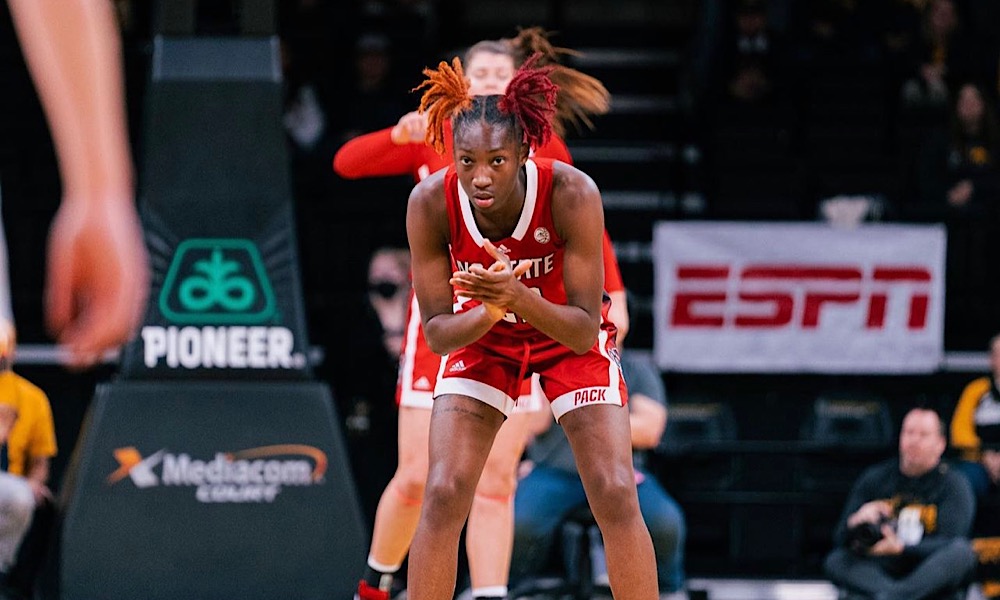