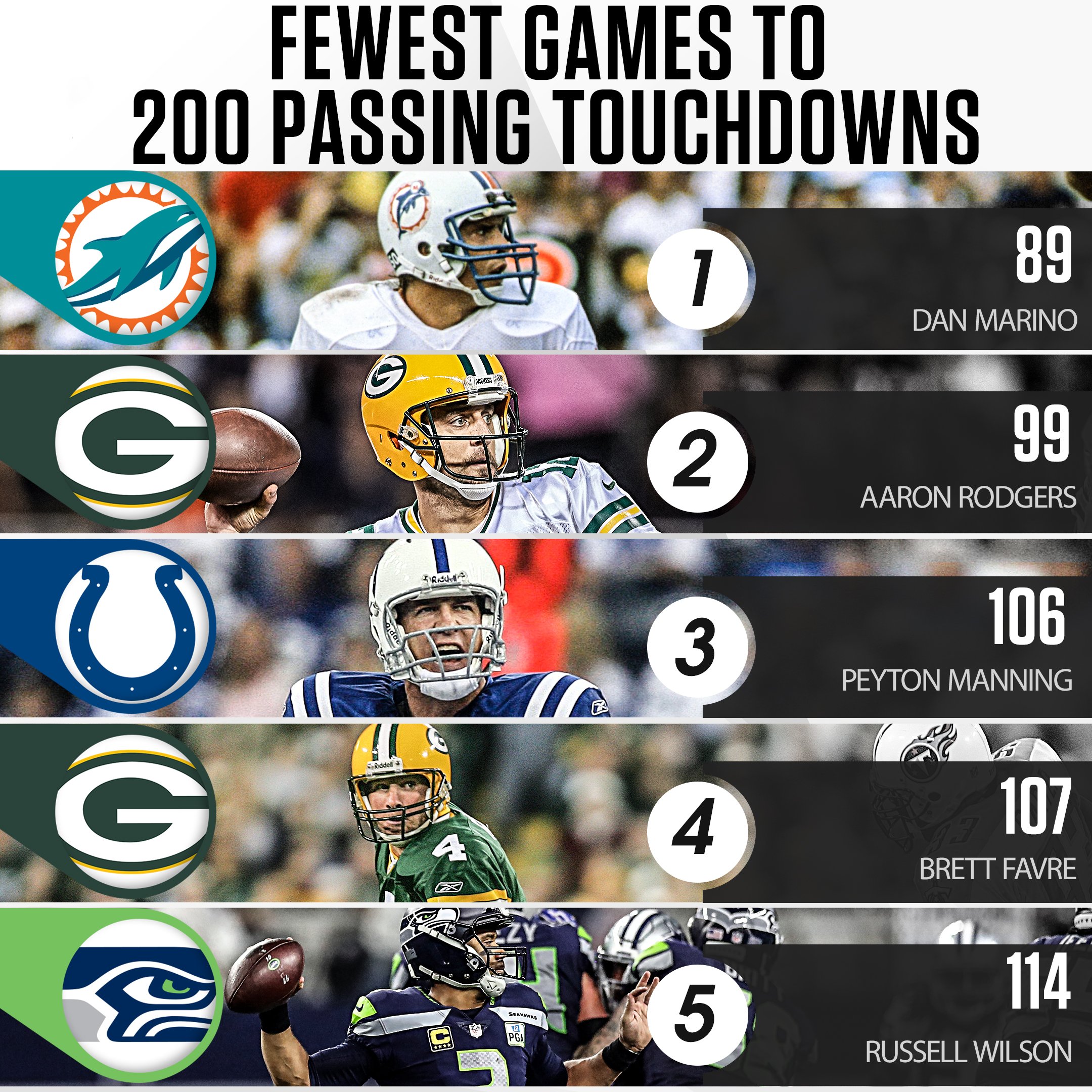 Russell Wilson is 2 TD passes shy of 200 for his NFL career.

In reaching that mark, Wilson will become the 2nd player listed under 6'0" in NFL history to throw 200 TD passes, following Hall of Famer Sonny Jurgensen who is listed at 5'11" and threw 255 passing TD in his career. pic.twitter.com/qM7RVm0adA