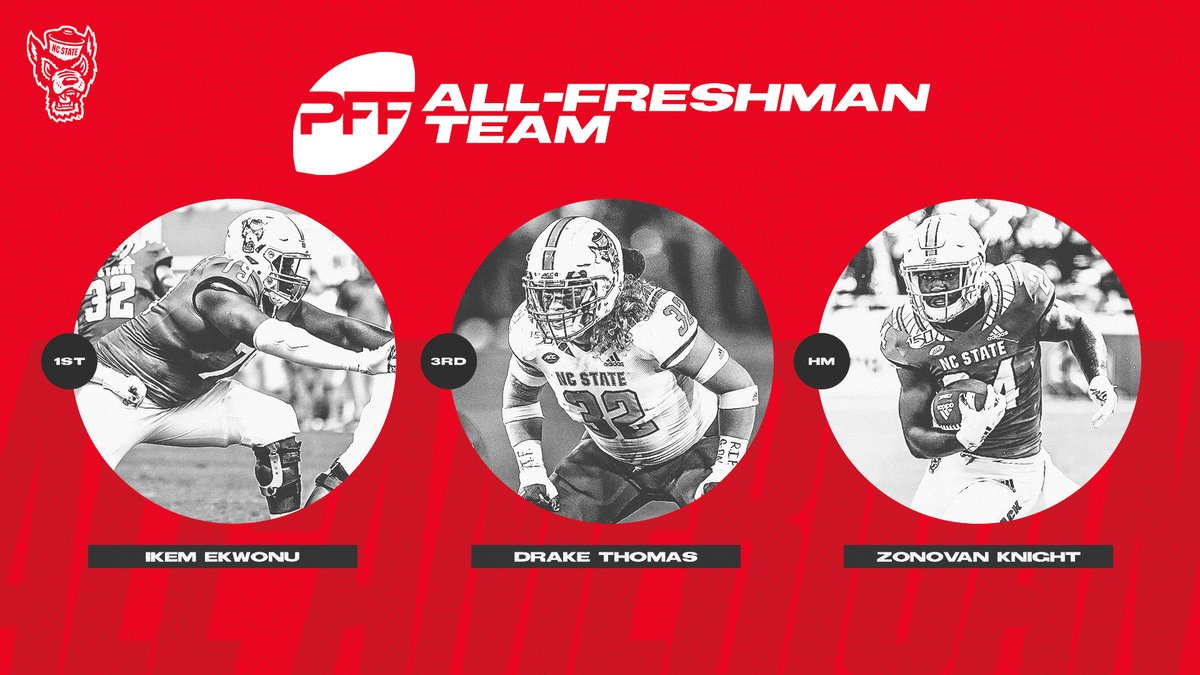 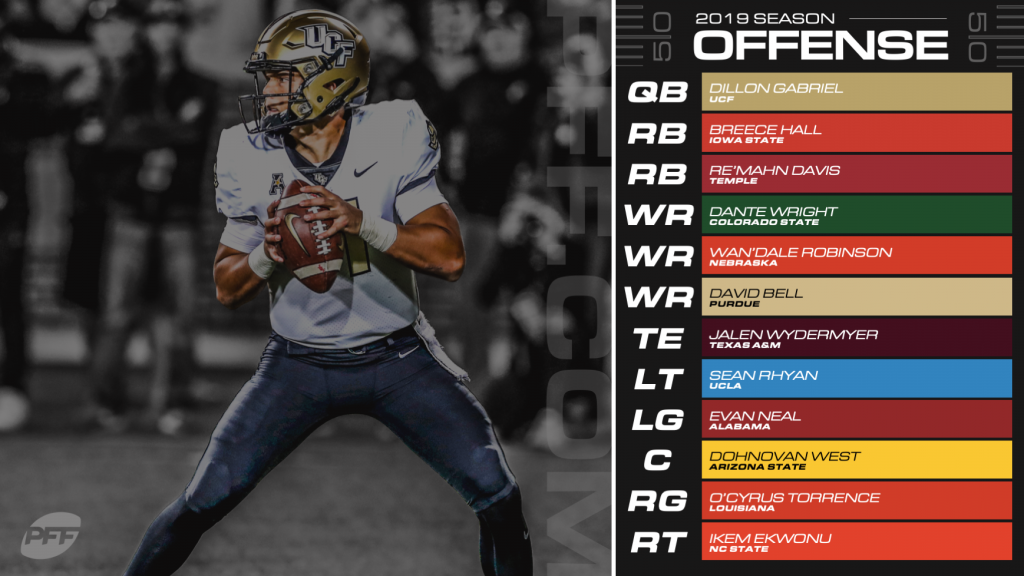 NC State quarterbacks will not have to worry about their blindside for years to come, as Ekwonu shined in his first season and will only improve from here. The left tackle did not allow a single sack in 369 pass-blocking snaps and conceded a pressure rate of 4.6%, which ranks fourth among freshman offensive tackles with at least 100 snaps played. He was also a stalwart in the running game, recording a stellar 85.5 run-blocking grade. (PFF)

Ekwonu started in 7 of 12 games this year, leading the team in pancake blocks.

Linebacker Drake Thomas earned a spot on the Third Team. He finished his first season with 34 tackles, 4 tackles for loss, 2.5 sacks and 1 interception, starting in 3 games.

Zonovan Knight was an Honorable Mention at Running Back, rushed for 745 yards and 5 touchdowns, averaging 5.5 yards per carry.