NC State’s deadline to respond to the Notice of Allegations they received from the NCAA was today, and respond they did. 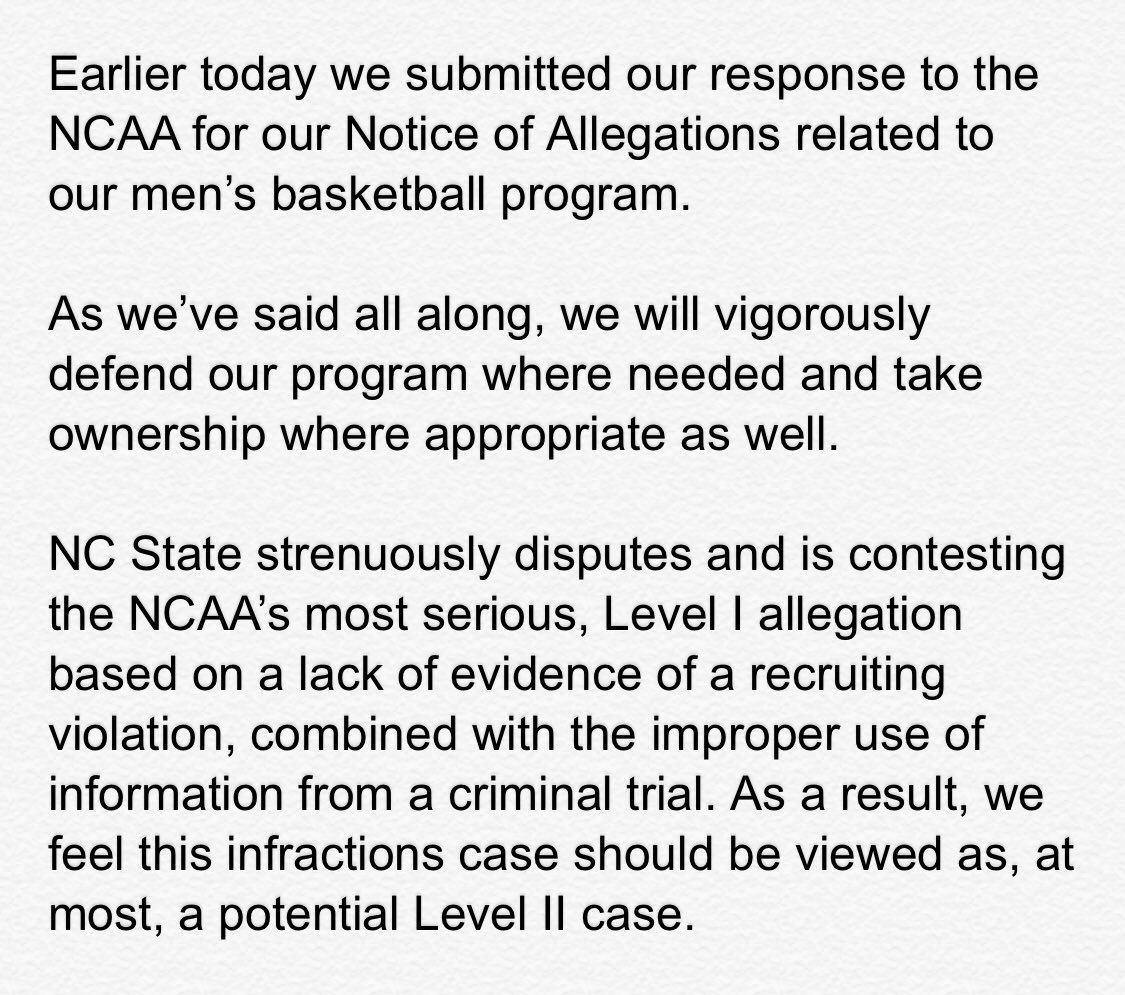 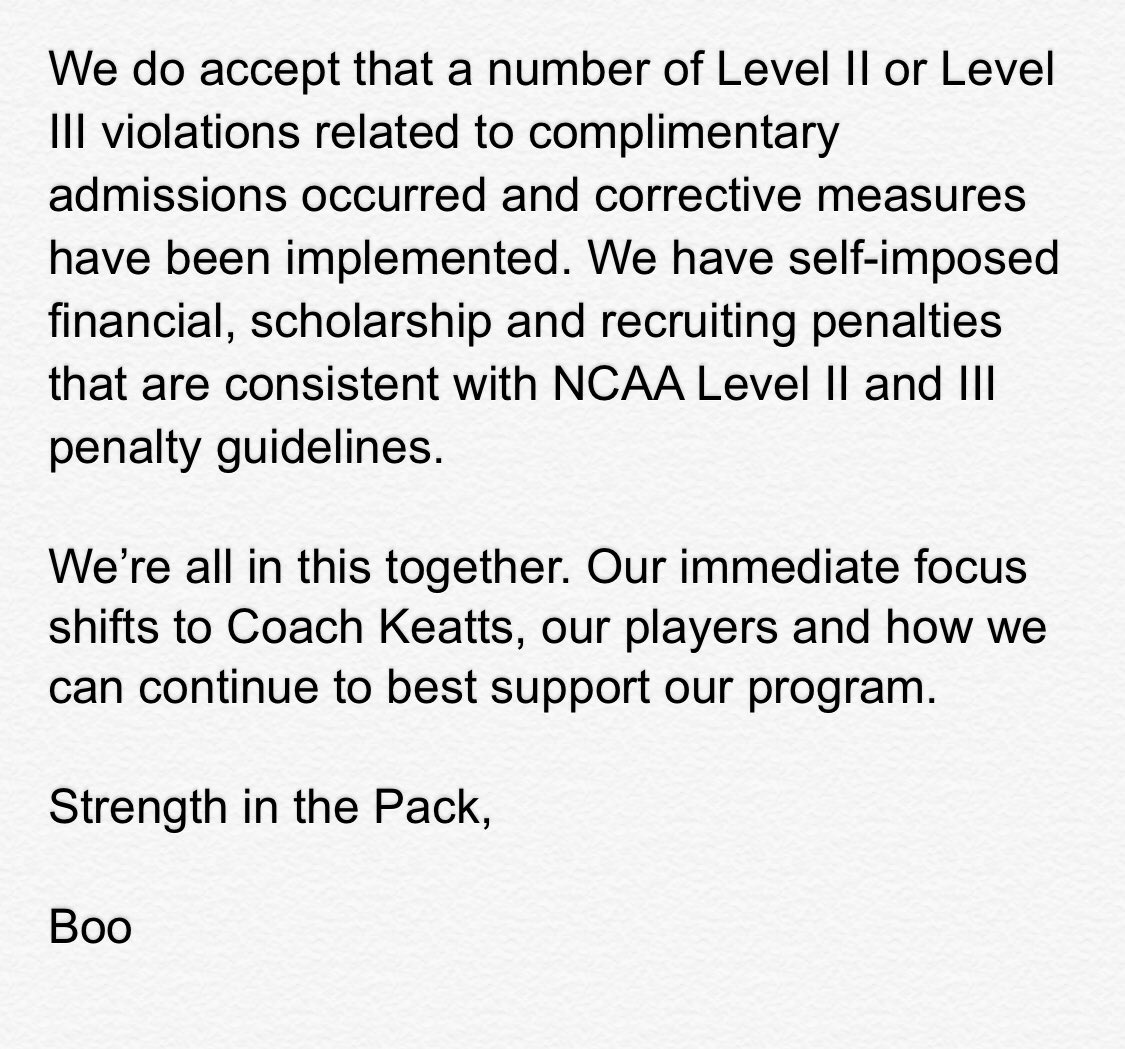 Chancellor Randy Woodson had this to say today in a statement.

“When this process started, we promised accountability where appropriate and vigorous defense where necessary, and our response does exactly that,” Chancellor Randy Woodson said in a statement released by the school on Monday. “We look forward to a thorough and accurate review by the panel of the committee on infractions and a fair resolution of this case for the university and the NCAA.” (N&O)

Senior Associate Athletic Director Fred Demarest had this to say.

“N.C. State strenuously disputes and is contesting the NCAA’s most serious Level I allegation based on a lack of evidence of a recruiting violation, combined with the improper use of information from a criminal trial,” Fred Demarest, a senior associate athletic director, said in a statement released by the school. “As a result, we assert that this infractions case should be viewed as, at most, a potential Level II case.” (N&O)

Basically, it seems like NC State is claiming fault for the inappropriate distribution of tickets, considering them to be Level II (which was the allegation), or Level III infractions. What they aren’t claiming fault to is being guilty of any Level I infractions. According to the school, what took place with Dennis Smith Jr. should be a Level II infraction at the most, due to a lack of evidence among other things.

In the school’s response, they propose to self-impose the following sanctions:

The NCAA now has 60 days to respond, and a hearing before the Committee of Infractions will follow.