Yesterday was the ACC Tipoff for Women’s Basketball, and the media wasn’t going to let NC State Head Coach Wes Moore or UNC Head Coach Courtney Banghart get away without addressing Banghart’s comments about the Wolfpack this summer.

If you remember, back in August, Banghart was on a podcast, and said NC State fans “classless” and “mean”, and stated that she likes beating Duke more because they are more “relevant.”

Back in January she downplayed NC State selling out games because they play in a “small gym.”

So obviously the media wanted to stoke the fire some more, and asked Moore and Banghart about her comments.

Moore responded by saying: “We’re all classless sometimes. We have fun man. It’s all about doing it on the court. We’ll have fun with it. It’s getting media attention, right, so that’s good. We’ll just keep playing in that little gym, and hopefully we can keep packing it out, and win some games.”

Banghart hilariously claimed that her comments were all a sneaky plan to bring publicity to the rivalry, and get their two matchups on ESPN.

UNC women's bball coach Courtney Banghart made headlines this summer when she called NC State fans classless and said “I have more respect for Duke, but I like beating them because they are more relevant." I asked her about it today and she explained. pic.twitter.com/Pqy7ACZKWr 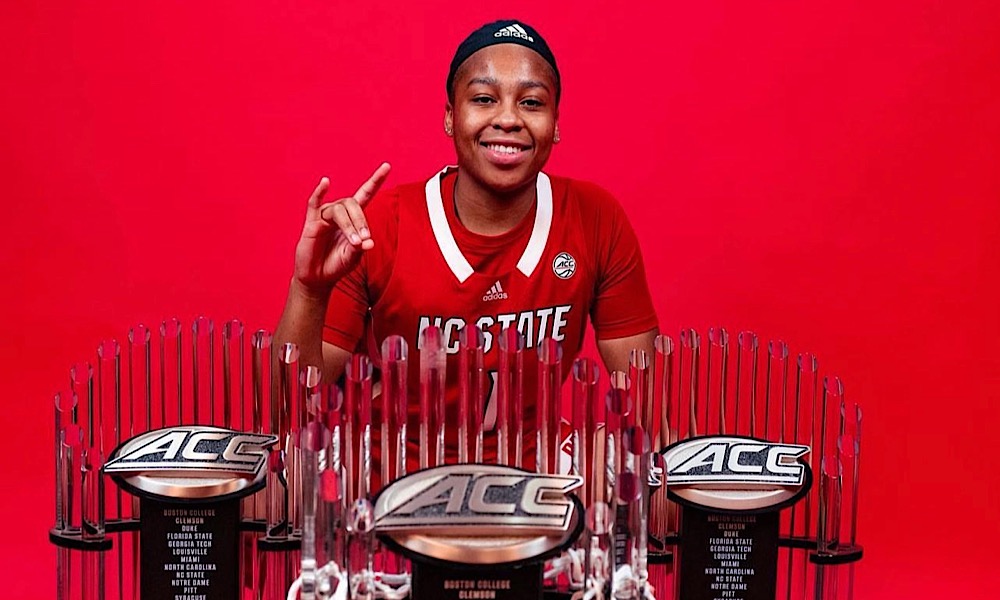