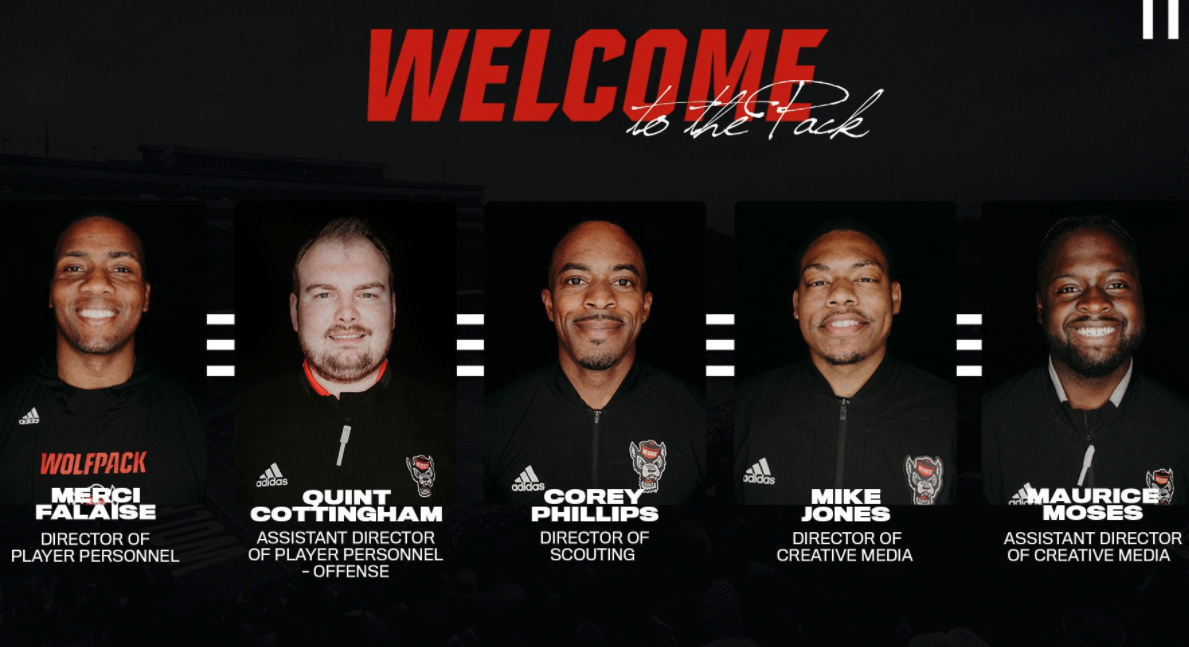 Dave Doeren has hired a former SEC recruiting staffer, Corey Phillips, to fill the role of ‘director of scouting’ according to footballscoop.com.

Phillips, who made his name in the prep circuit, has spent the past 4 years as the assistant recruiting coordinator for Vanderbilt will now be moving up to director of scouting for NC State.

During his time at Vanderbilt, Phillips identified and targeted prospects and was in charge of setting up visits with the Commodores. This move was announced yesterday along with a few others (which we’ll dive into later).

Excited about our revamped recruiting staff!

Doeren said he was going to continue to look at upgrading his staff, and as you can see, he wasn’t lying. With the Pack struggling to keep up with Clemson in the ACC and most SEC programs, this move is one that could potentially pry some Tennessee talent away from the SEC and deliver them to Raleigh.