Last night former NC State ACC Player of the Year Philip Rivers led the Chargers to their 9th victory of the season (9-3). The victory was yet another come-from-behind-victory for Rivers, erasing a 23-6 halftime deficit, and ultimately guiding Los Angeles down the field on a 64-yard drive (11 play), resulting in a 29-yard field goal as time ticked off the clock.

News also broke yesterday that Rivers and his wife Tiffany are expecting their 9th child.

I can confirm that Philip Rivers and wife Tiffany are expecting their ninth child. Congrats to them both.

ESPN’s Adam Schefter also chimed in that the Rivers family will soon be able to field an entire offensive unit.

Fact of the day: Chargers’ QB Philip Rivers and his wife Tiffany are expecting their ninth child, as @eric_d_williams noted. Parents and kids make for an entire offensive unit.

– Ninth kid on the way
– Ninth win in the books

He continues to prove that he’s one of the most clutch signal callers in NFL history. Rivers has now led the Chargers to 7 comeback victories after trailing by 16+ points. That ties Peyton Manning’s NFL record.

The Chargers’ victory over the Steelers was Philip Rivers’ 7th comeback win after trailing by 16+ points.

That ties Peyton Manning for the most in NFL history. (via @EliasSports) pic.twitter.com/yyoSkREH8d

Rivers has also thrown multiple touchdowns in 13 straight games, which is the 2nd longest streak in NFL history, and only 2 away from Manning’s record. 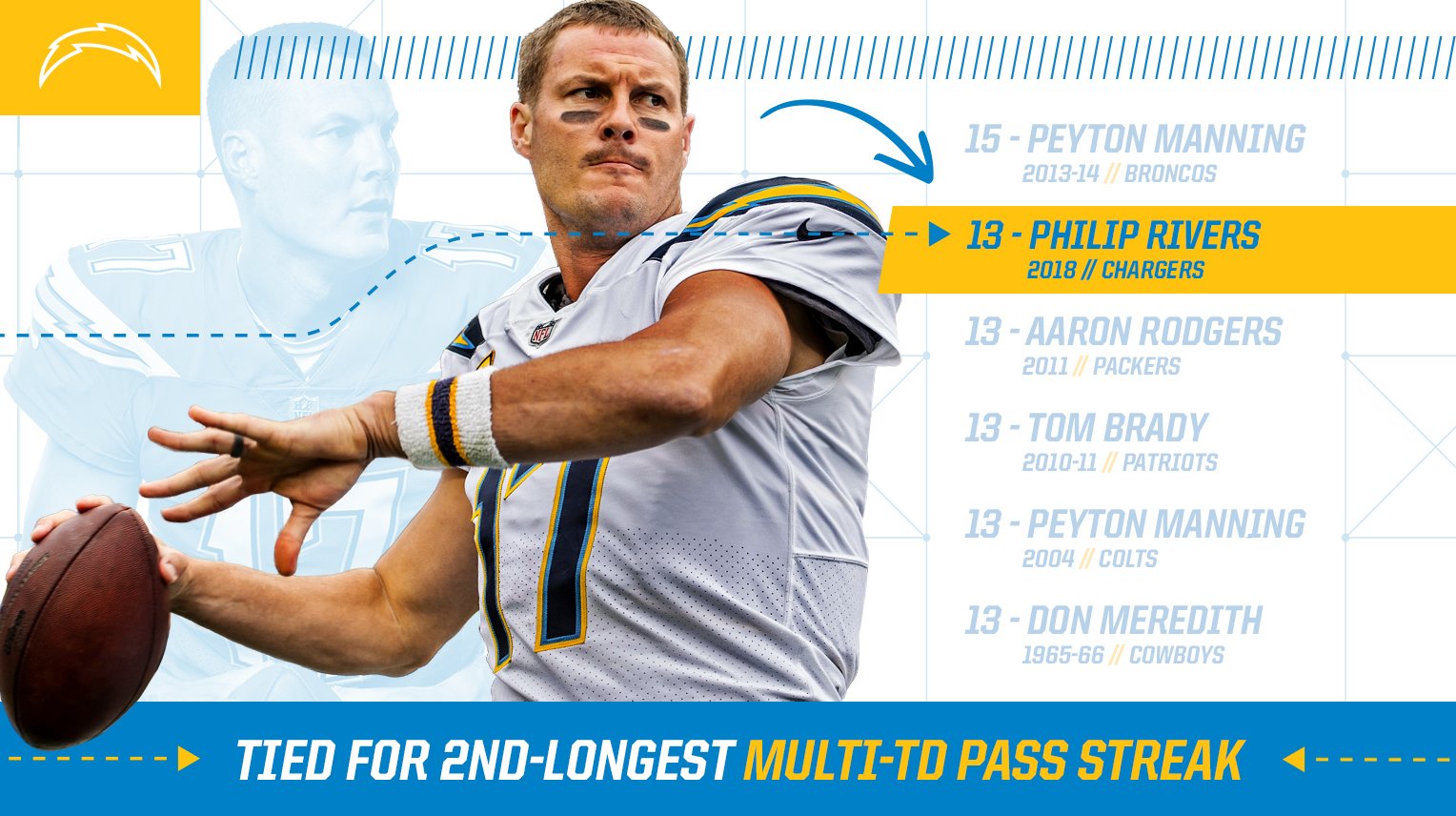