The Wolfpack have won the past 5 duals with the Monarchs over the past 5 seasons, and hold a 15-5-1 lead in the overall series.

Below is a look at NC State’s wrestlers that are ranked heading into the season opener. 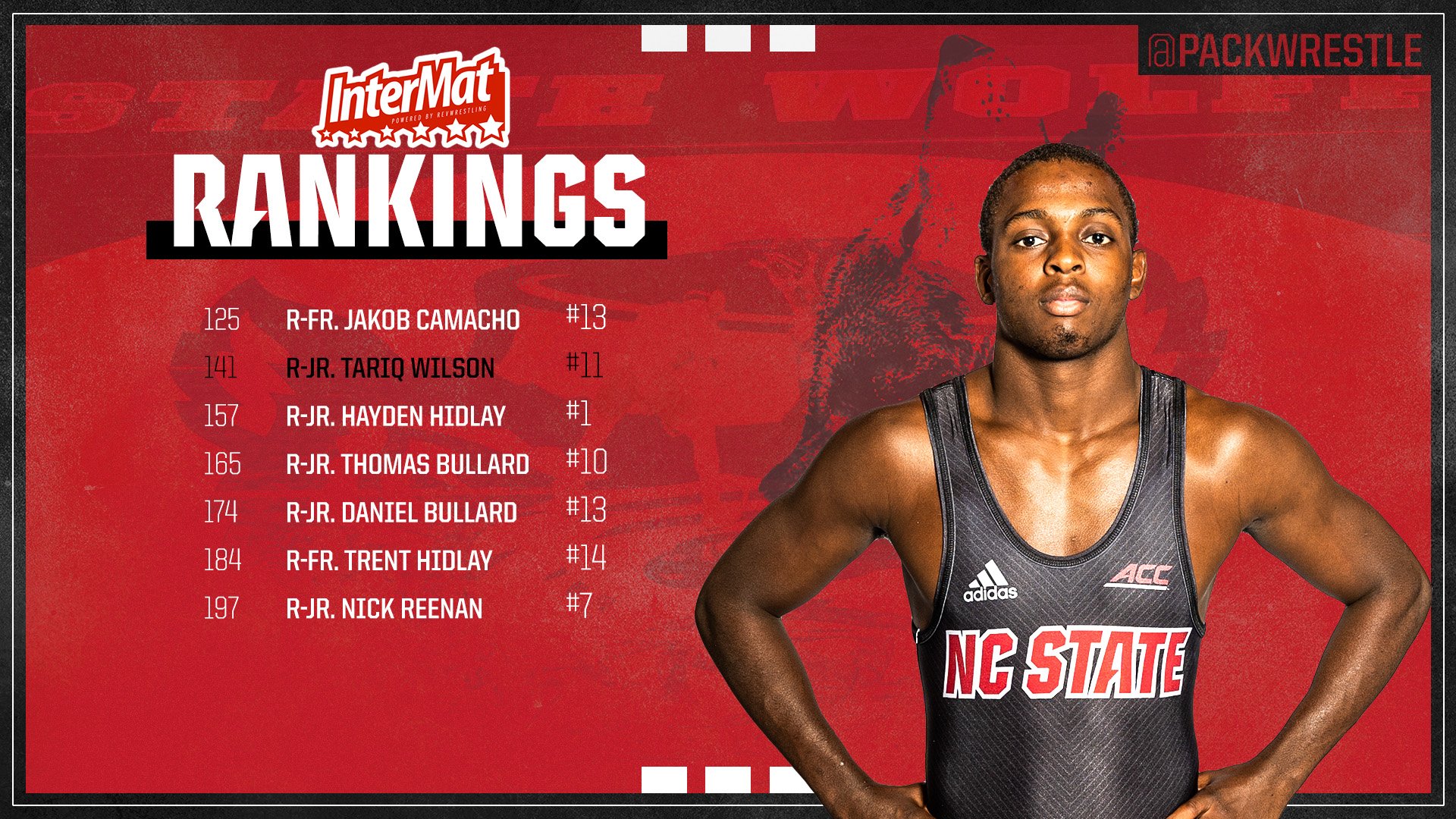 Duals have been NC State’s bread and butter the past 5 years, leading the nation in Dual victories, and ranking 3rd in Dual Winning Percentage (89.3%).

Here’s a look at the Top-20 matchups to look out for tonight:

125 pounds – #13 Redshirt Freshman Jakob Camacho – vs. #7 Junior Michael McGee – McGee has qualified for the NCAA’s in his first 2 seasons, making the Round of 12 last year. MAC Champion.

141 pounds – #11 Redshirt Junior Tariq Wilson vs. #14 Redshirt Senior Sa’Derian Perry – Wilson wrestled his first two seasons at 133, earning All-American honors his first year, and barely missed the honor last year. His first ever match at 141 will be against Perry, who has qualified for the NCAA’s two years in a row, and earned All-American honors last year.

157 pounds – #1 Redshirt Junior Hayden Hidlay vs. #4 Redshirt Senior Larry Early – This is the marquee matchup of the evening. Hidlay is the first Wolfpack wrestler to enter the season ranked #1 since Nick Gwiazdowski in 2016. This marks the 3rd time these two have faced off, with Hidlay taking the first match as a Freshman, and Early squeaking out a 4-2 victory last year. Hidlay has earned All-American honors his first two years, finishing 2nd and 4th respectively. Early finished 8th in the NCAA’s last year.

It’s worth noting that #7 Redshirt Junior Nick Reenan (197) will not be wrestling tonight, as he is still recovering from ACL surgery.

In a remarkable feat, NC State has been ranked in the Top-10 now for 60 consecutive weeks.